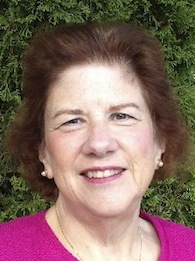 Sandra F. McPhee has practiced law for 40 years in the Chicago area. She has her own practice specializing in estate planning and residential real estate transactions. A graduate of Smith College, Sandra also holds a JD from Boston University School of Law. She is a lifelong Episcopalian and attends St. Matthew’s Episcopal Church in Evanston, Ill., her childhood parish.
McPhee is a former member and president of the standing committee of the Diocese of Chicago, former secretary of the board of St. Leonard’s Ministries, and has served on the Diocese of Chicago’s Bishop and Trustees committee. She has been an alternate deputy to five General Conventions and served on the Executive Council of the Episcopal Church from 2003 to 2015. She was elected a trustee of the Church Pension Fund at 2015 General Convention. She has chaired the Episcopal Church’s Standing Committee on World Mission and has twice served as the convener of the Episcopal Partnership for Global Mission.
For more than 35 years, McPhee has been involved with the American Committee for KEEP, which supports a mission project in Japan. She is the chair of the board of Friends of Cuttington, which supports to an Episcopal University in Liberia. McPhee is the daughter of the late Barbara Ferguson, a former trustee of Seabury-Western.