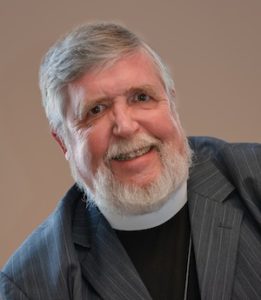 The Rev’d W. Richard Hamlin, Ph.D. received his MDiv from Bexley Hall in 1992. Dick retired on January 1, 2013 after serving eight years as Rector of St. Michael’s Episcopal Church, Lansing, Michigan.  He previously served parishes in Central New York and before ordination taught anthropology and sociology for 18 years. From 2000-2006, Dick was a member of the Standing Commission on Stewardship and Development of the Episcopal Church and he has presented workshops at TENS conferences. He has served on the Standing Committees for both Central New York and Michigan and been a Deputy to General Convention from Rochester and Central New York. He serves as Priest in Residence at Trinity, Grand Ledge in the Diocese of Western Michigan and as Secretary of Diocesan Convention for the Diocese of Michigan.