OUR STUDENTS, OUR TREASURE 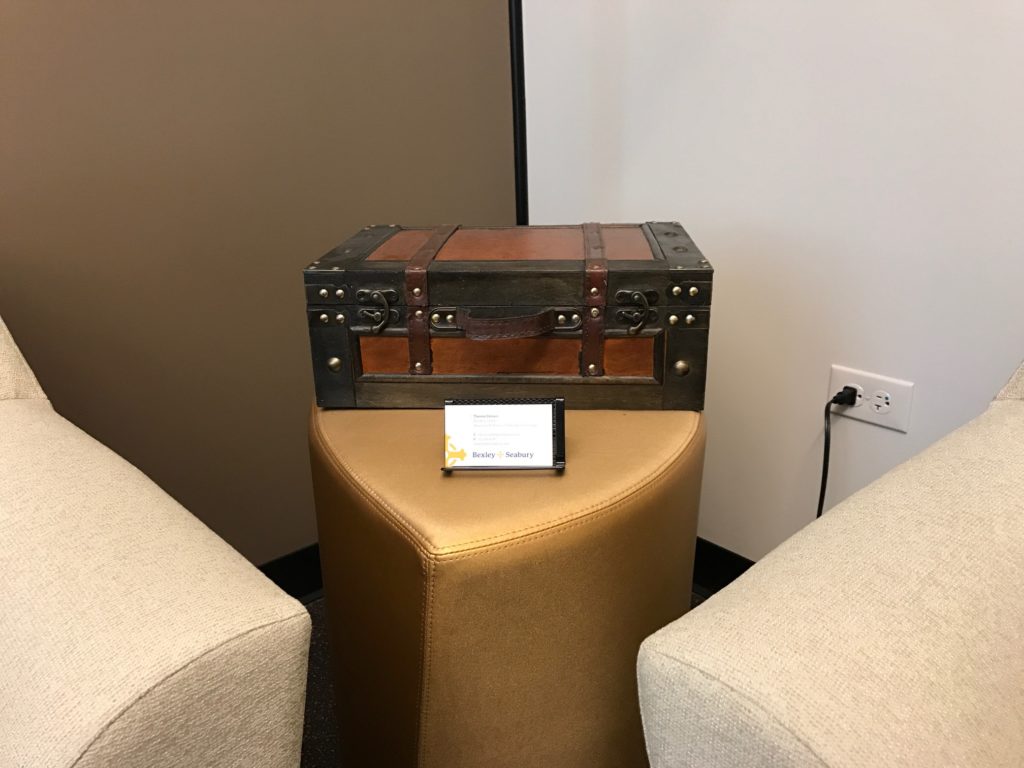 A small brown wooden case with hinged top, leather straps, brass corners, and a leather carrying handle sits on an end table in my office. It looks like an old miniature piece of luggage, but the trim also makes it look like a treasure chest. Whether imagined as equipment for an adventurous journey or as a repository for precious things—or both—this box has symbolic significance for us at Bexley Seabury seminary.

While the case has been ceremonially opened only twice, it is already a part of our tradition in welcoming new students. The case holds treasure that every new student can carry with them as they journey through their seminary years. They discover during our matriculation ceremony that they have embarked on a spiritual and vocational path trod by thousands of women and men who have come before them, and who now walk beside them in Spirit, cheering them on. 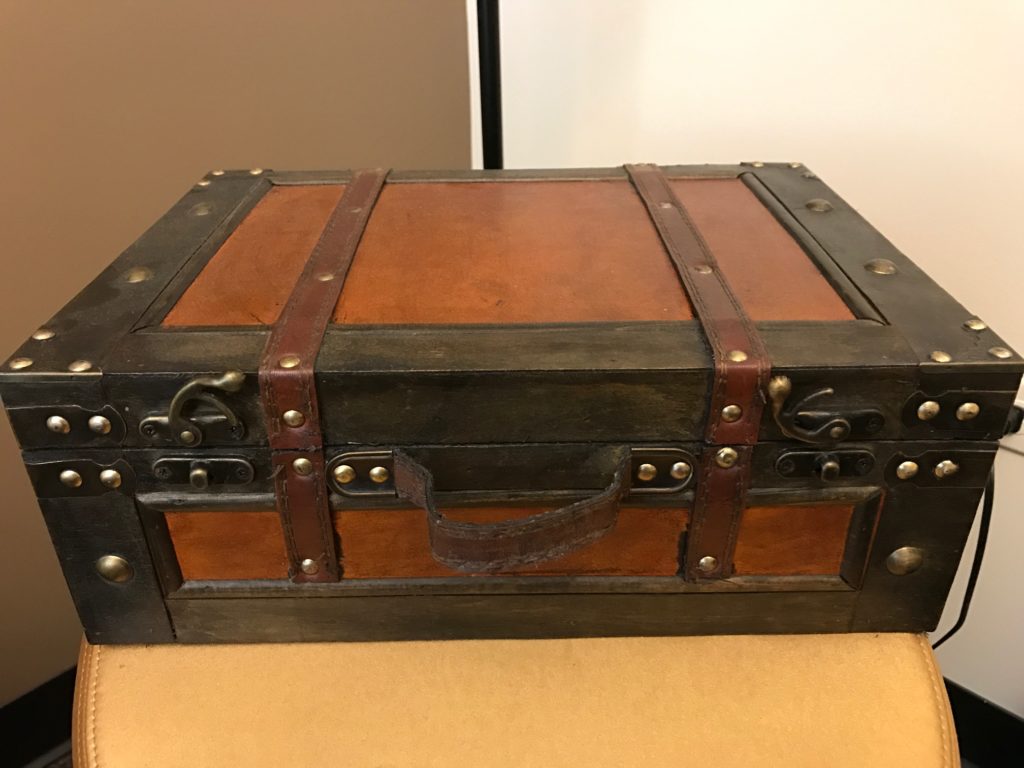 Signing a matriculation book when students begin their studies is a ceremony that some colleges, universities, and seminaries practice. This ritual had been performed at our antecedent seminaries, Seabury-Western and Bexley Hall, but the custom had gotten lost for a while. Last year, when all of the Bexley Seabury Seminary Federation’s programs were consolidated at our new campus in Chicago’s Hyde Park-Woodlawn neighborhood, the matriculation books of Seabury-Western and Bexley Hall re-emerged in the course of the move. Our institution was also emerging from being spoken of as “the Federation” to the shorthand name we use now: “Bexley Seabury seminary” — “not Bexley, not Seabury, but Bexley Seabury,” as our recently retired President Roger Ferlo has emphasized.

A year ago, as we planned orientation for our new non-residential students, we wondered how we might resurrect the matriculation ritual. We had no “Federation” matriculation book. So, which book would we use? We could start a new book, we supposed, but what of the rich legacy recorded in those old books? How might these books play a part in helping students to claim their historical inheritance as members of the community of scholars that had gone before them? How might we also mark this inaugural moment of their entering into the new seminary community that we were about to create together? 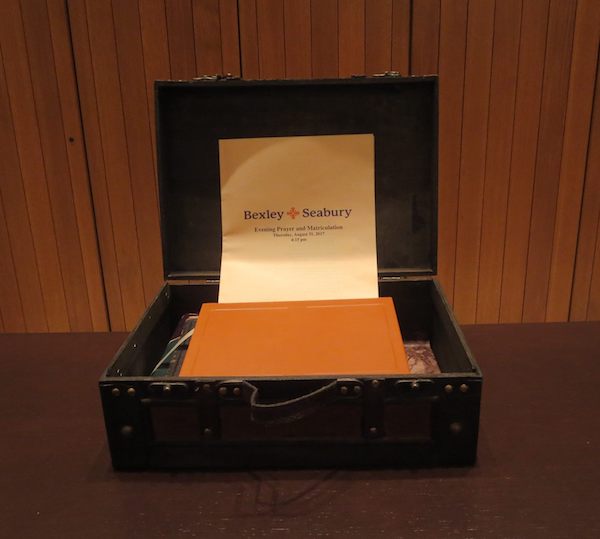 We needed a way to ritualize the joining of the past to the present. We decided to start a new book for this new-but-old seminary. Now, though, we would have three books to handle. Symbolically, we could have tied a ribbon around the old and new matriculation books at the end of a matriculation ceremony, but that image did not speak to us. The books would still look separate. Instead, after some hunting, we found just the right case to contain them all in one space, a container that looked like both a suitcase and a treasure chest. What a perfect juxtaposition of meaning!

During orientation last September 2016, our first at our new Chicago campus, our 11 new students signed their names in the new book. At the conclusion of the signing ritual, we placed the Seabury-Western and the Bexley Hall matriculation books inside the case. Then I placed the newly signed Bexley Seabury book on top of those books, closed the case, and placed it my office where it would be in full view of all who entered. When people would ask about it, I would say, “That is our treasure chest that carries the names of all of our students, past and present.” 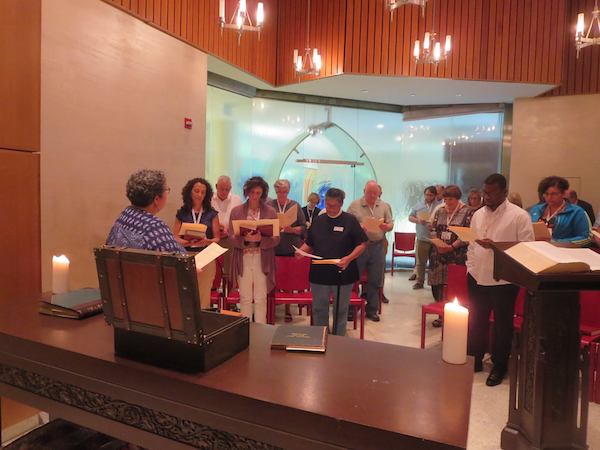 Orientation for the 2017-2018 Academic year took place on August 31st, following a two-day formation retreat for all MDiv students, returning and new. Seminary faculty, staff, and new students got to know a bit about each other through story-telling about the history of the seminary, sharing information about our current curricula and academic culture, making casual conversation over meals, walking together on a campus tour, celebrating Holy Communion, and playing a round of a game we called “Episcopal Jeopardy.” Throughout the day, we could sense that community was already beginning to form. Evening Prayer with a matriculation ceremony capped off the day in the Clark Chapel.

When everyone arrived, they saw the “treasure-case” sitting open and empty on the altar. The Bexley Hall Seminary matriculation book that dates back to 1836 flanked the case on the left and the Seabury-Western Theological Seminary matriculation book that dates back to 1930 lay to its right. At the conclusion of Evening Prayer, I explained that the books contain the signatures of generations of seminarians who had entered these seminaries at the beginning of each academic year. After having been theologically educated and spiritually formed to serve the people of God, those students had gone forth, near and far, to answer God’s call, as would they. While our institution is no longer a traditional residential seminary, theological education and spiritual formation remain the reason students still come.

After being presented as a group, our new MDiv and Anglican Studies Diploma students joined together in asking “to be received as members of the Bexley Seabury community and pledge[ing], God helping us, to devote ourselves to spiritual growth, wisdom, and study to prepare ourselves as leaders in God’s Church.”

This year we have the honor of four seminarians from the Episcopal Divinity School in Cambridge who have joined us to complete their theological studies. Since we had no EDS matriculation book, we asked them earlier in the day to share something of the story of their school so that their “book” might also be present with the others on the altar. Their stories and presence added yet another rich layer of legacy and heritage to our common and still evolving story.

We began the signing ceremony by welcoming the new EDS Scholars, as we call them, to come forward to the altar to sign first. When called by name, each student took her or his turn to sign the Bexley Seabury matriculation book. Deep silence filled the chapel. When all had signed, we broke out into a joyous sung Alleluia. 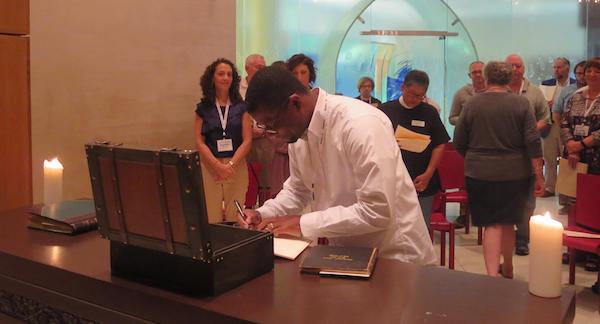 Then, for the second time as Academic Dean and now as Acting President, I had the honor of symbolically placing our cherished history and future inside the ceremonial treasure chest: first the Bexley Hall matriculation book, then the Seabury-Western book, and finally the two-year-old Bexley Seabury book that now contains twenty new signatures.

The case, the books, the signing in silence, and our Alleluia capped off all that had come before during the two-day retreat and our orientation day. All of it helped us to act and to pray our way into becoming the unique community of teachers and learners that we are.

God of truth, God of wisdom, by whose Spirit the whole body of your faithful people is governed and sanctified: Receive our prayers, which we offer before you for these students and for all members of your holy Church, that in their vocation and ministry they may truly and devoutly serve you; through our Lord and Savior Jesus Christ, who lives and reigns with you, in the unity of the Holy Spirit, one God, now and for ever.