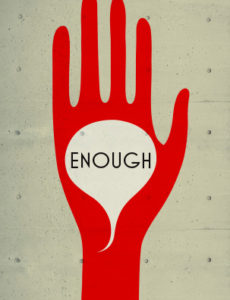 Everyone I speak to agrees on at least one thing: the political climate in the past several months has grown unusually toxic.

The coarsening of public language; the revelations of predatory sexual behavior; the continuing distortion of religious rhetoric; the hacking of private email accounts by a foreign power in an attempt to manipulate public opinion; the growing public mistrust of fact-based expertise and constitutional order, coupled with an even more troubling reliance on false claims and unsubstantiated rumor; the growing public tolerance, even embrace, of misogynistic and racist memes — all of this has no precedent in any of our lifetimes.

We are experiencing a 21st-century replay of the worst moments in the history of American public life, from the Alien and Sedition Acts to pro-slavery agitation to the Know-Nothing riots to the devastation of Jim Crow to the paranoia of the Red Scare. As we enter the final throes of this election cycle, pray for justice and mercy, and pray especially for those who seek the restoration of a morally acceptable level of civil discourse.

One of the joys for me of our move to Hyde Park is a closer connection with two Episcopal communities long part of this neighborhood — Brent House, the Episcopal chaplaincy of the University of Chicago, and St. Paul and the Redeemer Episcopal Church, where I now serve as priest associate. Peter Lane, our young and gifted rector, preached a powerful sermon this past Sunday based on the Lukan parable of Dives and Lazarus. Peter has graciously given me permission to share the text of that sermon with all of you. I will reflect on his words often as we approach Election Day, and suspect that, on reading them, you will do the same.