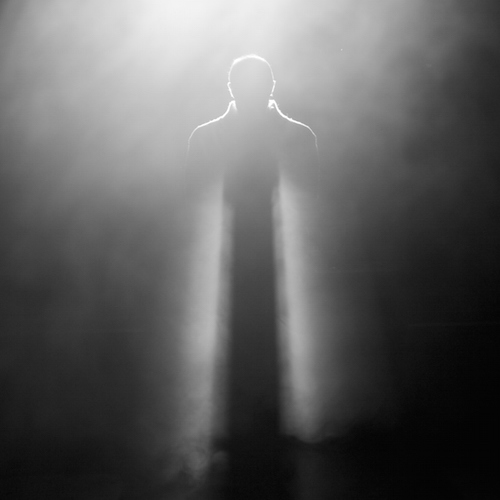 It’s relatively easy to celebrate redemption on Easter Day. But it’s harder and harder to sustain the Easter spirit as Sunday passes into Sunday. It’s especially hard in these latter days, when for many people the days are shadowed by uncertainty and anxiety about where the country or where the world is headed, no matter where we find ourselves on the political spectrum.

For many of us, especially if we are coping with personal crisis or personal sorrows, to assert Christ’s presence—that Christ has died, Christ is risen, Christ will come again—runs counter to the evidence of our senses, or even more, runs counter to our own common sense.

“Christ has died, Christ is risen, Christ will come again.” It’s tempting, especially for the more empirically minded among us, to see this only as a figure of speech, as a useful metaphor. Easter as springtime of the spirit.

Consider the Emmaus story in Luke’s Gospel—the post-Easter story par excellence. Two friends of the dead Jesus trudge home after witnessing traumatic events on Golgotha. Try to imagine what they are thinking. I suspect that like most of us after a close friend’s death, they struggle to make sense of what makes no sense. Perhaps they were among the many friends of Jesus who the Gospel writers tell us stood in helpless witness to this act of state-sponsored homicide. They stood at a distance we are told, afraid for their lives, afraid that they too might get caught up in the web of deceit, hatred, fear, and betrayal that had set Jesus on this bloody road.

And now there was someone, something, shadowing. It’s spooky. They have survived a scene of catastrophic death, a death for which they may even feel vaguely responsible, a death that in some way perhaps, quietly, they secretly resent. The savior was not supposed to die like that. Anger and grief are never far removed from each other in situations like this.

As far as they knew, this Jesus was safely dead. The last thing they would want would be the wounded Jesus to draw near and walk the distance with them, like some kind of zombie or walking corpse to threaten them with destruction. But worse than that would be for him to come to them still as one of their own, to remind them of what they have lost in spite of what had been promised.

The last thing they would want would be to be forced to know this Jesus again.

No wonder then, once they encounter the stranger behind them, that they do not recognize him. When Jesus died, God was AWOL. God had abandoned his prophet, given him up to death, and betrayed their every hope. They had heard rumors of an empty tomb, and the wild stories of the women insisting that he who was dead now lived. But they had gone to see the tomb for themselves, and all they had seen there was emptiness, an emptiness that only confirmed their desolation:

“‘We found it just as the women had said, but him we did not see.’”

And now here was this stranger, a man like them, trudging along the dusty road from Jerusalem. His ignorance appalls them. Where has he been? They have to tell him about the whole bloody mess, all about the suffering and the torture and the betrayals. Yet he calmly insists to them that the story is not over, that already the Kingdom was breaking in, here and now, on this dusty road.

“‘Was it not necessary,” the stranger insists, “that the Christ should suffer these things and enter into his glory?’”

What must have these men thought when they heard these words? It was not what they were prepared to hear, perhaps not what they wanted to hear. This stranger was dangerous. He endangered their hope for closure, their sense that the story was over and done with, a thing of the past, to be put aside, accepted, repressed, forgotten. Everybody knew what had happened. Why reopen the wound? It was too much, too painful. Like all of us coping with our deepest loss, wouldn’t they want somehow to exert some power over the past, some power over memory? This stranger seems quietly determined to take that power from them. This stranger was opening the wounds.

And what is more, he seemed to want to leave it at that, to go on his way without further discussion, like an insensitive therapist who stirs up painful memories in you and then goes off on a month’s vacation. You have to hand it to these friends of Jesus that they won’t let that happen. Something in them insists that they can’t let the stranger go.

“So he went in to stay with them.
“When he was at the table with them, he took bread, blessed and broke it, and gave it to them. Then their eyes were opened, and they recognized him; and he vanished from their sight.”

This is the heart of the Easter gospel. As Archbishop Rowan Williams once said, about this moment, “The Gospel will never tell us that we are innocent, but it will tell us that we are loved…Grace will remake but not undo.” Resurrection is not about a lost paradise regained, or a lost innocence restored, or a springtime of the soul, any more than this Eucharist is. Resurrection is not about nostalgia, and it’s not about forgetting or repressing the pain of the past, any more than moving past grief for a loved one is a denial of your loss.

“Then their eyes were opened, and they recognized him; and he vanished from their sight.”

Don’t be alarmed by Jesus’ disappearing act. I for one am not alarmed that they no longer see Jesus once the bread is broken. Neither do we. Seeing is the most removed, the most distanced, the most analytical of the senses. Rather it is in the taste and smell and feel of the bread, in the taste and savor of the wine he shares, that they recognize him. It is knowledge of an altogether other kind than the knowledge most of us are used to. It is knowledge felt, not knowledge learned.

Let’s be real. To hold the bread in your hands at a Eucharist is not to take control of God, or to taste God fully. That little morsel of bread will never satisfy our hunger, that sip of wine will never quench our thirst. Jesus is here among us, but like the stranger at Emmaus, he is not meant to linger.

Where and when and how we are led to recognize Jesus is not necessarily in our control. But in our Easter hope, we know what those disciples in Emmaus knew—the Lord of love who we thought was dead turns out to be our companion on the way, and has been made known to us in the breaking of the bread. That presence is no metaphor. It is not Fake News. It is Gospel Truth.

Christ has died. But Christ is risen. And Christ will come again.