Accepting the Challenge of “Bending Toward Justice” 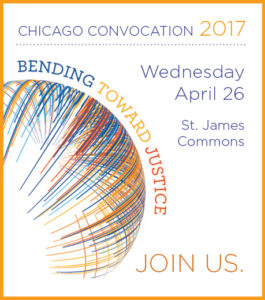 JOIN US Wednesday, April 26, when the Bexley Seabury community will assemble to recommit to praying and acting for justice. Our 2017 Chicago Convocation, “Bending Toward Justice,” will gather students, alums, supporters, faculty, and staff for worship, teaching-learning, and fellowship at St. James Commons, 65 E. Huron, Chicago, home to the Episcopal Diocese of Chicago. REGISTER HERE

We are pleased to welcome three compelling guest faculty members who promise to challenge and inspire us.

Former Washington, D.C. police captain and now an Episcopal priest, the Rev. Dr. Gayle Fisher-Stewart founded the Center for the Study of Faith in Justice in response to the police killing of Michael Brown in Ferguson, Mo. The center studies the intersection of faith and justice in society and provides concrete steps to help churches live into the mission of Jesus. Fisher-Stewart is associate rector of Calvary Episcopal Church in Washington, DC. 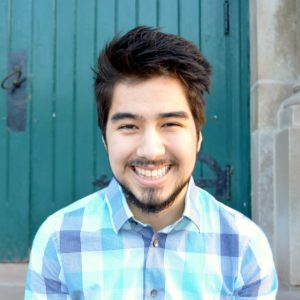 Kenji Kuramitsu is a writer and Master of Divinity student at Chicago’s McCormick Theological Seminary. A child of two police officers, he co-created the popular Theology of Ferguson and #StayWokeAdvent anthologies, and recently authored a booklet of “uncommon prayers” dedicated to the movement for black lives. Kenji serves on the national board of directors of the Japanese American Citizens League and the Reformation Project,which furthers LGBTQ inclusion in the church.

Please join us for the day and invite interested colleagues: